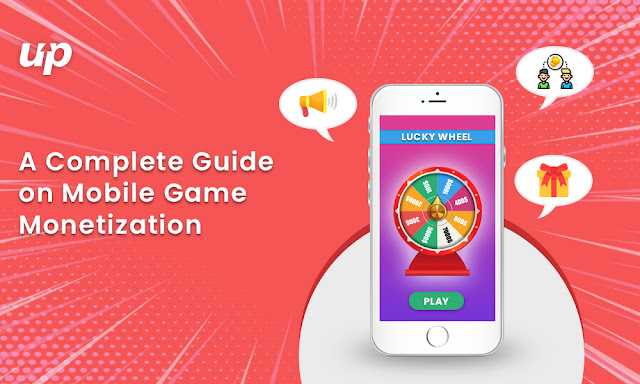 The drastic rise in the number of mobile devices and tech capabilities has fueled the mobile app industry. Of all the apps, Mobile games are one of the most popular apps. As per a report, 80% of the app revenue is earned from the gaming apps in both, iOS and Android OS. This is why there is a huge demand for Mobile App Development Companies that develop gaming apps too. According to the market researchers, the gaming market is going to reach $115 billion by the end of 2018.

Android or iOS app development companies are lucrative and growing continuously without any sign of slowing down. These gaming apps are key factors behind it. But, have you ever thought that how do these mobile games app earn money? No?

It is basically a process of earning money with your mobile games. Previously, the notion of mobile games was restricted to free apps with the ads or paid apps. Nevertheless, with the huge change in the market, many new strategies have introduced.

Numerous developers focus on building their idea into a game. However, they sometimes ignore the monetization aspect, which is absolutely wrong. It is recommended to plan mobile game monetization in the beginning while drafting the roadmap for your game. It should be on your priority list. 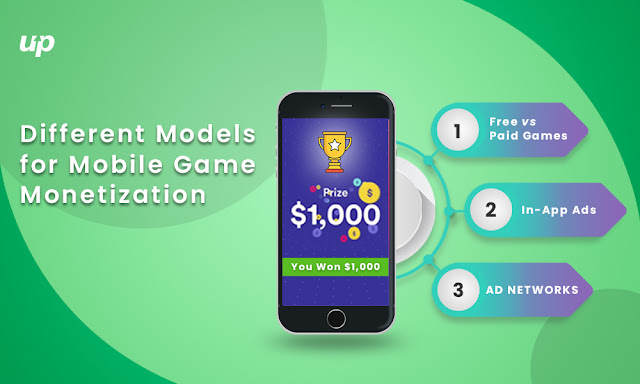 One of the most crucial decisions you need make after the launch of your app is whether you want to make it a free or paid game. Paid applications might assist you to make short-term revenue. However, free apps help you to draw more users and make money in the long-term with the help of in-game ads, as well as purchases. Once you decide the mobile game monetization model, it should not be tough for you to compete in the market. Today, there are merely three paid games available in the top 200 list on the app store.  However, you don’t need to be worried. If your app has the potential to top the rank board, then no one can beat you.

As per InMobi, users who have the mobile phones are more likely click on the ads displayed in the mobile than, rather than a website users.  In-app grabber 80% of the total impressions globally, brought an average click via CTR. This is 2.8x more than those available on the mobile web.  In addition, the average eCPM for in-app ads is approximately 2.5x as compared to mobile web ads.

This is another method to monetize your gaming app. It helps you to connect with a large number of users, more specifically targeted audience so that, you can make money with your app. If we talk about the ad networks, then they are many. Some of them are mentioned below:

Direct Ads: These are the ads based on cross-promotion of your gaming app or deal you made with the sponsors. The ads get displayed with other platforms or games in these kinds of direct ads.

Banner Ads: These ads have appeared at the base or top of the screen including significant content and pictures.

Rich-Media Ads: Ads as video, audio, or different components that urge watchers to collaborate and connect with the content.

Native Ads: Ads which are incorporated into the game UI with the goal of ad experience, works on the normal form.

Reward Ads: Ads that are conveyed for clients’ impressions or other application installs in return for in-game rewards, such as coins, upgrades, items, and so on.

Event-based Ads: Ads that are activated at a specific point in the game. It also rewards the users with in-game rewards in return.

Which is the Best Model?

Again, it is hard to say that which one is the best model. Do you know why? Everything depends on your game. According to the statistics, in-app purchase is responsible to make the huge income in mobile gaming applications. However, in case it does not make sense to your app then it is recommended not to push for it.

As I come to the end on of this blog, I would like to give you one more piece of advice. Mobile game monetization is inevitably huge gold mine however, its overdo might give you negative results. Just like anyone else, you must be looking for the best way to enhance your revenue, but it is recommended not to push too many ads. Moreover, the mobile app developers can even design the app in a way that the ads can be integrated with it efficiently. At last, I would like to suggest that always make sure to balance all the things to earn money from your mobile apps.
Posted by Top Rated Mobile App Development Company at 03:30